The man on the right is Mohammed from Iraq. He and his family fled Iraq when it was ruled by the tyrant Saddam Hussein. Saddam killed one of Mohammed's brothers. When America liberated Iraq, he felt good about this. He helped the United States defeat Sadam. His life was threatened many times for helping the Americans.

Under the current government, no one is happy because there is so much corruption.


Mohammed came with his family to the one of the first ever English Clubs for refugees. He seemed so grateful to be in America, and really happy to have an opportunity to practice English and make some new American friends.


One of the greatest treats of English club is to hear the stories of how these precious people ended up in America. Many of them have suffered so much pain, yet they seem so grateful and excited to be in this new place filled with hope. They want to fit into this new society and place so badly, but most of them can't speak or understand English very well. Would you be willing to donate your time to teach English to one of these refugees? ESL Connexus will provide the lesson. All you need to do is show up!

It was another great English Club for refugees on October 13th. Listen to two Burmese ladies sing a traditional Burmese song. They really get going near the middle and end. Very beautiful! There is so much pride in the faces and voices of those who sing for their country. It touches my heart every time one of these beautiful refugees sings at the club. In 1989 the largest nation of mainland Southeast Asia changed its name from Burma to Myanmar. In 2006 the capital moved from Yangon (formerly Rangoon) to Nay Pyi Taw. Geographically, the country's Irrawaddy basin is surrounded on three sides by densely forested mountains and plateaus. Most people live in the fertile valley and delta of the Irrawaddy River. (Society, 2016) 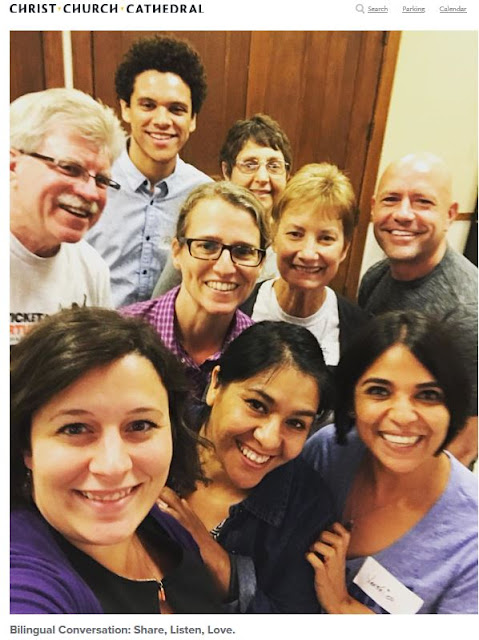 If you are an international student in Indianapolis, I want to invite you to get involved with Global Indy! Jason, the organizer, is a great friend to myself and many international students in Indianapolis. His organization will also be a huge help to your English! I'm very excited to announce that Global Indy is offering free English & Bible discussion times. They will also pick up students at ELS to attend College Park Church 1st and 3rd Sundays of each month. Free lunch will be included in the package! I might have to attend myself. ha ha ha See the flier below for more details: 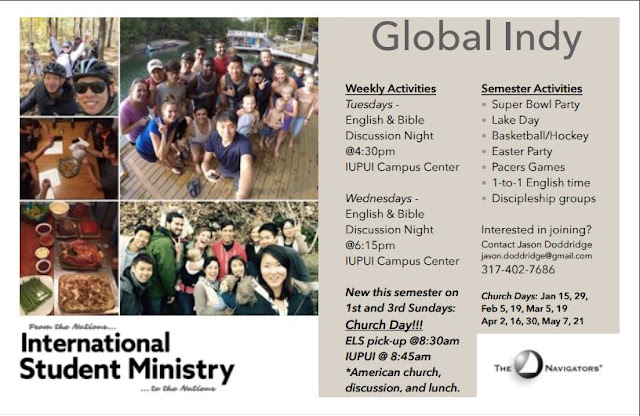