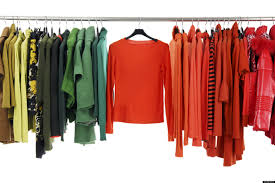 This could have been mentioned in earlier sessions. At any point along the way, it may be useful to add a few vocabulary in some category. For example, in getting ready for the previous activity, a few new foods might be learned. Or if it has been discovered that some basic term for family members was not learned, a few dolls can be set up and the new term learned in combination with some old terms for family members. Such interlude activities will be relatively brief. (In the case of Kazak, such a situation arose with the term for "younger sister of a brother" which was missed in the initial activity, since the central dolls were a girl and a woman.)

Do this in several rounds. Each time decide who will be doing what. Then as people perform the activities, the Nurturer describes what is going on. "We are drinking milk. You plural are eating bread." Next round: "I am eating a carrot. You are drinking water. They are eating a radish." The Nurturer is addressing a specific GP, so that all the sentences are contextually meaningful. Perhaps you will want to add a few more useful actions, such as wash, cut, cook, prepare, use, pour.
Foods and drinks from Session 7.

See above; this is just a touch of what really happened in our early Kazakh sessions. Your gap filling activities will be sprinkled in different places.

3: Using things to do things (TPR)

Cover the learning table with objects that can serve as locations. These will include the papers, and containers, and, for example, some of the larger toy furniture. Now place smaller objects on, in, under, behind, etc. all of these larger objects. It is good to have an object as a location that can be used for both on and in. A small box turned on its side can serve this purpose.
Once everything is arranged, the Nurturer describes the entire learning table systematically, saying what is located where. "The cushion is on the sofa; the goat is under the table; the mouse is in the box; the bird is on the box; the spider is under the box..."
Note: take a digital picture of the set-up or, if you have a video camera, video this activity.
The coloured papers of large and small sizes; toy furniture; containers such as a cup, bowl, box. Many other small objects from previous sessions such as toy animals and furniture, and small and large coloured candies. This should be primarily objects whose names are already known, with maybe one or two new ones. The GPs can be sure to choose objects whose names they feel they are still particularly in need of strengthening.
record

Now the Nurturer randomly describes the locations of the objects. However, he sometimes deliberately makes false statements. The GPs will need to learn to say "Yes" and "No" in their new language for this activity. If the Nurturer makes a false statement, the GPs say for example, "No", and then the Nurturer, agrees, and corrects her original statement, saying for example, "No, the cat is not in the basket; the cat is beside the basket". This activity will lead to the use of one of the negative forms in the language.

Items of clothing can be brought to the session, or a male and female GP can be used as models. In the latter case, some new body parts can be added at this time as well. For example, in addition to shirt, pants, socks, the activity might include beard, elbow, and eyeglasses.
items of clothing: pants, long-johns, briefs, panties, t-shirt; shirt, sweater, long-sleeve knit shirt, suit, coat, belt coat, scarf, boots, shoes, socks, nylons, slip, bra, bathing suit, jogging suit, g-string, gourd, burqa, turban, different hats, etc. Of course, there will be cultural differences determining the relevant selection of clothing. Some people groups will wear more clothes or less clothes than other groups. In rare instances, this activity may be omitted altogether. In such cases, it may be possible to learn additional body-part terms rather than additional items of clothing.