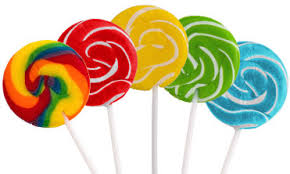 Hopefully, you now have introduced half of the vocabulary in the initial target of 300 items. There has been an effort to keep reusing old items in new contexts, combining new learning with old learning. However, activities tend to limit the "memory set" from which the GP needs to draw. That is, a given activity defines which vocabulary is going to occur, and GPs don't need to worry about other vocabulary. So it is time for an activity in which "anything goes".

Nurturer shows GPs photos of her family members, saying who is who.
Nurturer brings photos of family.

The Nurturer makes a point of using all vocabulary covered so far. The things on the table and places and things in the room prompt her. She gives commands or asks "where is" in random order. She can combine commands, "Take the spider and run to the window". Finally, he looks at the log of vocabulary he has been building, in order to be sure that nothing was missed. This activity will take awhile, but it should be fun, interesting, and motivating, as GPs see that they are able to readily understand most words out of a set of 150.

A large table surface comes in handy. Spread out all the objects (or drawings, photos) learned so far. The places in room whose names have been learned are ready at hand.

Keep in mind that the continuous range of colors is divided up differently in different languages, and some of the colors the GPs know from their native languages may not have names in the language they are now learning. "Where is the red paper? where is the blue paper? ..."

Construction paper cut into small pieces and large pieces (and perhaps middle-sized pieces). Other objects that come in colored sets. These include candies such as Skittles. Colored pencils, sets of small toy cars, paper clips, tacks.

Where is the large red paper? Pick up the little white paper.

You now have before you an arrangement of colored papers of large and small sizes. You now add the other colored objects. "Put the green candy under the small white paper. Put the red car behind the large green paper..."

Finish the expressions for page 2. If you can't think of an expression to go with a particular cartoon bubble, look in the key at the back for ideas. "Who is saying, 'Are you sick?' Who is saying, 'Oh! I'm sorry'? In which picture is a man saying, 'What time is it.' Where is the man who is saying, 'Go ahead.' " Etc.